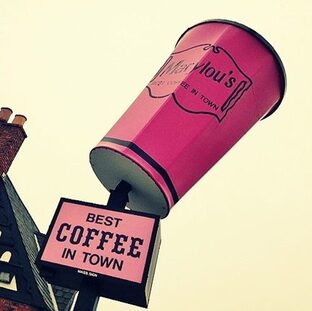 In 1986, Marylou Sandry was involved in a different line of business and wasn’t finding fulfillment in her work. Seeing a “for sale” ad in The Patriot Ledger led her to buying Scott’s News, a small Hanover convenience store. She soon became the business’s sole proprietor on December 1st.

Like all new ventures, there were some hardships she faced during the beginning, such as finding staff, developing a good reputation, and maintaining a net profit that would ensure the company’s longevity. However, there were also additional hardships as there was a natural reluctance to start operating the business under a new name.

Scott’s News was an already established business, meaning that it already possessed regulars and a certain ideal level of expectations. However, despite any worries she had, the local community proved to be kind and supportive, which allowed the business to flourish and achieve growth.

Considering how prosperous the business has become, there isn’t anything different Marylou would likely have changed about her plan. When she first bought Scott’s News, she never expected how much success it would create, but she prides herself in her accomplishments, such as being the winner of the South Shore Women’s Business Network’s Business Achievement Award, which is an honor to add to the success of the money she’s made from this venture.

Now, over 30 years later, it’s a new time. With increased technology use, Marylou’s has innovated its business strategy. Training, hiring, and advertising were made easier with the help of the Internet Additionally, it also allowed the business to be more accessible to the customers through various social media outlets. As technology continues to evolve, its implementation will continue to evolve. Marylou’s is not technology dependent and doesn’t have an app that allows for pre-ordering or paying. However, that has not affected business, and it likely gives its customers a more old-fashioned coffee house feel.

As in any business venture, there will always be new hardships to overcome. In 2020, there are assumptions and stereotypes about Marylou’s, but it’s more than what people think. Marylou’s has a lot of character that has made it self-sufficient over the years. Its personable and perky employees have gained the business many weekly and daily regulars. Similarly, its employees are very loyal, some even have been with the business for over 28 years. Competition, both internal and external, are always a factor. As minimum wage continues to increase, all businesses are forced to increase their prices to ensure a certain margin of profit, even though that means that some customers may feel the prices are out of their range and need to go elsewhere. However, many remain regulars as a result of the consideration of quality from the employees and the unique beverages. Similarly, having so many stores and upgrading many to “drive-thrus” causes internal competition between stores.

As of today, there are 41 stores. While a majority of the stores are scattered throughout the south shore, there are three stores located on the Cape and six stores located in Rhode Island. Aforementioned, many of the already established stores are being renovated and upgraded to be “drive-thru” accessible. Additionally, there are always plans to consider the possibilities of expanding.

Marylou’s has since become a household name within the South Shore region, an established chain of coffee shops, well known for their bubbly baristas, unique flavors, dessert like coffees, and being immediately recognized for its completely pink theme.

Visit one of the many Marylou’s Coffee locations on the South Shore and in Rhode Island.