Need a Gallon of Milk or a Deli Sandwich? Try The Corner Market Business in West Bridgewater, MA 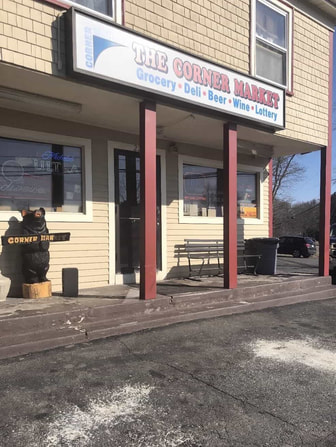 The Corner Market is a convenience store located at 227 Matfield St in West Bridgewater. Jim Johnson, the owner of The Corner Market since 2003, currently runs the store. He works there over 90 hours every week ensuring that his customers are given quick and satisfactory service.

​When Jim bought The Corner Market in 2003, he did so with the goal of owning a business that allowed him to be his own boss and make his own hours. This was an important aspect of the convenience industry that was important to Jim. Being able to craft his own hours let Jim’s success depend directly on how hard he was willing to work which was rewarding to him.

Another aspect of his decision to buy The Corner Market was to prove to others and himself that he was capable of doing it on his own. This was a good choice for Jim, as seventeen years later The Corner Market is doing better now than ever.

One of the main attractions at The Corner Market for many is the sandwiches. Since opening under Jim’s ownership The Corner Market has run a sandwich station where people from West Bridgewater and the surrounding towns flock to buy their lunch. I personally grew up four houses away from The Corner Market and have been eating their sandwiches since the beginning, and I consider myself to be one of those loyal patrons.

One of the other attractions to The Corner Market is its low prices. Many of the convenient stores that you go to today are chain stores that have a corporate ladder that needs to be paid. Because of this, many of the chain stores in the area are forced to price higher than Jim is at The Corner Market. This makes his prices overall cheaper than most of the local competition, whether you are buying tobacco products, alcohol, or groceries. The other benefit of The Corner Market being a privately owned business is that there is a stronger connection between customers and employees. Many of the patrons of The Corner Market are regulars that seem Jim at least once a week, usually more. Customers will stay and chat with Jim or his employees and leave the store in a better mood than they entered with, and the importance of this kind of connection in a small business cannot be overstated.

The future of The Corner Market holds less face-to-face time with Jim, but the same quality and prices you are used to. Jim expressed that although he loves being hands on with his business, his hours are beginning to be too much as time goes on. The plan is to hopefully be able to pass The Corner Market and some of the responsibilities that go along with it to long-term employees and also his own sons. This is important to Jim because although he wants to spend less time behind the counter, he also wants to continue to provide the same standard of service to his customers. The other issue that Jim is facing with regressing his role in the business is the expense of hiring new employees. With the Massachusetts minimum wage increases of late, part-time employees are getting increasingly expensive and difficult to afford. Despite these challenges, Jim is confident that he will be able to step back from The Corner Market and still have pride in his business.